Back to News ListPreviousNext
Posted on: November 25th 2019

What I've learnt so far

My first day, as you’d expect, I stuck by my friends that had come with me from my Buxton, because I missed so sorely the familiarity of the corridors I knew so well of my old school. Old felt like home. This new place tasted strange in my mouth. Sixth Form. But, two months in, I’ve realised that what seems foreign and strange is often a catalyst for growth. Sometimes that epiphany doesn’t just fall into your lap. A year 13 took her time out to speak to me (so I guess being in mixed form classes with them helped a lot), knowing I was finding this all a little alien and suddenly, I was threaded alongside like-minded people with a compassion that I found so nourishing. I thought it’d remain difficult like this for months, but I’m glad to say I’ve been proved wrong.

I find myself laughing more, feeling less disjointed and irregular. Lessons aren’t always silent study. The class debates, even as an observer, are great fun to be a part of. I guess it helps that I do several humanities and essay-based subjects including Geography, History and English which engage in that sort of exchange and with such passionate and memorable characters in year 12, it makes for a very interesting display. Another thing that I’ve loved, and it might be a seemingly minor thing, is the Monday morning assembly performances. Sometimes Monday motivational mantras aren’t enough to spur optimism, but these performances always give me something to smile about.

Ultimately, however, if you asked what I’ve loved most so far, it’s the sense of direction I’ve been able to unearth here. For the longest time I didn’t know what I wanted to do, but having been engaged in classes where you are truly taught as young adult provides better scope for potential pathways and I’ve come to realise how much I love Geography! It felt like it was some rite of passage to finally know. What I’ve been particularly been excited about was the potential to do an EPQ, usually an essay, (which you’re probably going to hear a lot about) as a short story using human geography as a basis. It might sound stupid, but I’m a nerd and creative writing excites me!

Overall, having heard what I have to say, here’s my nugget of advice: don’t be afraid to ask for help when you need it. Just keep working at it. If it helps, I kind of began being consistently the best at writing essay long summaries and the worst at skim reading, a skill that is of profound importance as I’ve come to know, especially for History. But don’t fret. The moment I stopped panicking about the stakes, the easier I found…everything. When you stop pressurising yourself with work and friendship you’ll notice that slowly but surely, everything just improves. And, before you know it, you’ll realise you’ve accepted that you’ve stepped into a brilliantl new ballpark.

Back to News ListPreviousNext
Share on:
#LifeAtLAEStratford +1 More Admissions blog 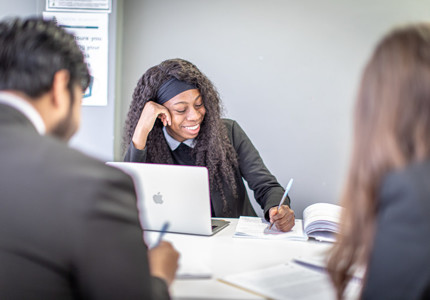 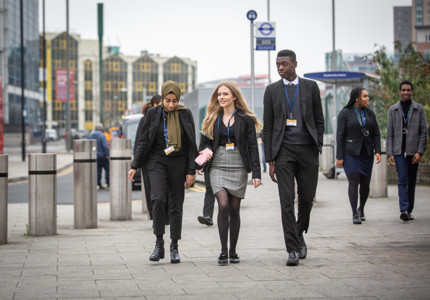