Back to News ListPreviousNext
Posted on: June 8th 2019

It gives me great pleasure to announce that London Academy of Excellence’s Chair of Governors, Mr Barnaby Lenon, was made a Commander of the Order of the British Empire (CBE) for services to education in the Queen’s Birthday Honour’s List that was published on Saturday 8th June.

Mr Lenon, who has been Chair of Governors at LAE since the school opened in 2012, was heavily involved in the original application to the DFE for permission to open the school and has remained hands-on ever since.

As the first 16-19 state sixth form to be opened under the coalition government’s free school programme, Mr Lenon’s tireless support, together with that of other Governors, has been instrumental in ensuring LAE’s tremendous success.

A distinguished educationalist and author, Mr Lenon is a passionate exponent of the power of education to enhance the life chances of young people and is committed to ensuring the highest possible standards and best possible educational experience and outcomes for students.

Upon receiving the CBE, Mr Lenon said: ‘I have been delighted to assist the London Academy of Excellence, the first free school to obtain public exam results. The success of this school is a tribute to the free schools movement, the hard work of the academy staff, the financial backing of HSBC and the support of six sponsoring independent schools.’

On behalf of the students, staff and whole LAE community, I would like to congratulate Mr Lenon on this well-deserved accolade, and to thank him for everything that he has done and continues to do to support the work of the school. 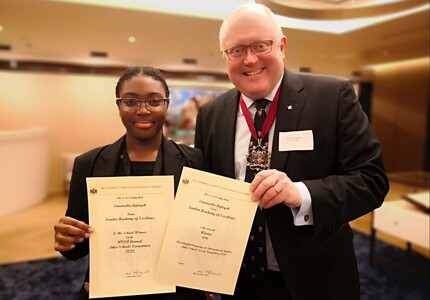 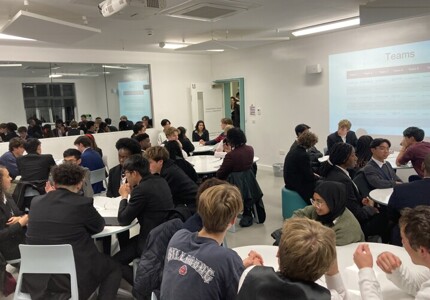